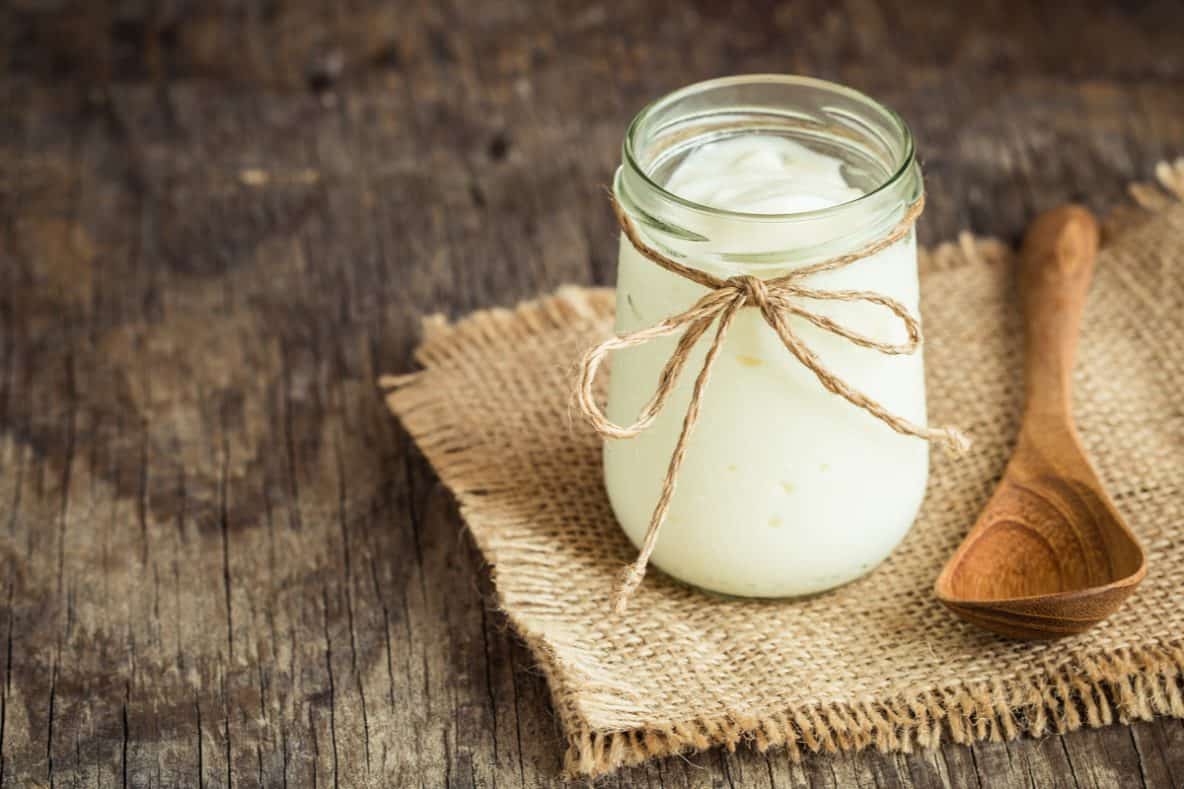 Have you recently decided to get serious with your exercise regime, only to notice significant changes in your digestion?

Depending on your training intensity and the type of food you eat, gastrointestinal problems can frequently occur. These digestive problems are often the result of an imbalance of probiotics in the stomach, as well as the additional strain that is put on the gut due to an increase in physical activity and nutrient intake.

Probiotics are live microorganisms consumed in the form of fermented food or supplements for gut and immune health. The core probiotic strains include Bacillus, Bifidobacterium, Enterococcus, Escherichia, Lactobacillus, Saccharomyces, and Streptococcus.

The body contains millions of live bacteria, with most bacteria residing in the gut. Research shows that the benefits of probiotics depend on the strain and dosage taken. Some fermented foods known to contain probiotics include yogurt, miso, and various types of cheese.

Effect of Exercise on Digestion

Athletes are likely to have increased microbiome diversity and health-promoting bacteria. Microbiota helps in the fermentation of dietary fibers and intestinal mucus. This fermentation is vital for microbe growth that produces several short-chain fatty acids that help with glucose and energy homeostasis and central appetite regulation.

Therefore, an imbalance in the gut microbiota can affect the rate of nutrient absorption, causing muscle loss and a decrease in athletic performance. Furthermore, high-intensity training causes an increase in blood flow to the muscles and a reduction of blood flow to the digestive tract.

According to the AP&T journal, this can cause splanchnic hypoperfusion and ischemia, which damages epithelial cells in the gut, affecting the rate of food absorption in the intestines. This explains why most long-distance runners experience gastrointestinal discomfort, causing acute diarrhea in extreme cases.

That said, probiotics do have multiple benefits on the gastrointestinal tract. This is the main reason why probiotics have grown in popularity amongst athletes in recent years.

Another study, published in the journal Cell, obtained samples of the participants’ native gut bacteria (also known as “microbiome”) from different parts of their digestive system by conducting upper endoscopy and colonoscopy on the participants.

For four weeks, 15 people were randomly placed into two separate groups: one group received a placebo, while the other group was given a supplement with 11 different common probiotic strains.

Three weeks into the study, participants underwent another colonoscopy and endoscopy to determine whether any changes had happened in their microbiome.

The researchers found that the group that had received the probiotic supplement did experience positive changes. These people had two different reactions to the probiotics. Some of them, labeled “persisters,” allowed the probiotic microbes to settle in their digestive systems.

Others, labeled “resisters,” had their bodies expel the probiotics before any meaningful changes to their microbiome. To know whether a person was a persister or a resister, researchers consulted each participants’ microbiome and gene expression profile.

As indicated earlier, proteins are vital for building muscle and recovery. The Journal of Science and Medicine in Sport reports that the dietary absorption and utilization of proteins in the form of amino acids in the intestines help speed up muscle recovery.

Furthermore, B. Coagulans (GBI-30) strains are known to improve the health of the gut’s epithelial cells, which reduces inflammation. This effect also enhances the absorption of amino acids and minerals in the intestines.

One study performed on female athletes, and reported in the Journal of Strength and Conditioning Research, found that consuming Bacillus subtilis (DE111) in combination with a protein drink after working out helps reduce body-fat.

In this study, participants were randomly assigned into three groups for four weeks: a probiotic group that was given a supplement containing 11 strains; a group that did not take anything and attempted to have their microbiome recover on its own; and a group that received a fecal transplant with their bacteria collected before they used an antibiotic.

It was found that both the group taking probiotic supplements and the group that took nothing had not returned to their healthy microbiome levels at the end of four weeks.

The group taking probiotic supplements experienced the slowest recovery to their initial levels. However, the group that underwent a fecal transplant experienced a rapid return to their normal microbiome state.

The researchers determined that their findings suggest that people should be very cautious with combining probiotics with antibiotics until it’s better understood what the long-term effects are.

The researchers suggested that the microbiome is, in a way, unique just like our fingerprints, and it cannot be assumed that a single supplement of probiotics will have the same impact from person to person.

Probiotics are healthy, living creatures that thrive in our gut. It’s essential to support them and take care of your digestive health. Studies such as this one aim to determine just how probiotic supplements impact the body.

Although moderate exercise has been found to improve one’s immune system, as was discovered by research published in the Exercise and Sport Sciences Reviews journal.

The study found that intense exercise among marathon runners lead to a depression of the immune system, hence reducing an athlete’s innate and acquired immunity.

A further study performed on endurance athletes show that the probiotic Lactobacillus fermentum (VRI-003) led to an improvement in low-grade inflammation.

Moreover, as reported in the Clinical Journal of Nutrition, probiotics have been found to reduce the occurrence and severity of symptoms related to upper respiratory tract infections and gastrointestinal illness––common in 30-60% of long-distance runners.

Consuming certain species of probiotics helps support the gut epithelial barrier by promoting mucous secretion. This prevents the entry of bacteria and food antigens. With improved gut health, you will find it easier to avoid unnecessary problems and maintain a healthy immune system.

Probiotics have been around for more than 100 years, especially in fermented foods containing live culture. There has been a surge in the number of probiotic supplements in recent years as more studies document their exercise performance benefits.

However, emerging studies show that not all probiotics will benefit your body. More so, they do not work in the same way for everyone. Even worse, some strains may harm you.

Therefore, you need to find probiotics with the right beneficial bacteria for improved performances, muscle recovery, and health. Most probiotic supplements contain over 10 billion CFU (colony forming units). The type of probiotic supplement you use depends on the effect you are looking for.

Probiotic supplements are packaged in either singular or multiple strains. Here’s a list of popular research-backed probiotics that are safe and have exercise and fitness benefits:

The L. acidophilus is the most researched probiotic. Although most products contain this species, it occurs naturally in the gut. Lactobacillus acidophilus has a wide range of health benefits, including improved digestive health, better nutrient absorption, lowered risk of depression, and improved immunity.

The British Journal of Sports medicine found that fatigued athletes with a high risk of viral infection who consumed L. acidophilus L10 supplements had better immunity and resistance to infection (due to an increase in their levels of interferon-y secretion in the white blood cells).

Bacillus subtilis helps in the reduction of body fat composition by optimizing the digestion of complex carbs and fats. While Bacillus subtilis also stimulates the growth of Lactobacilli––a probiotic species that supports immune health.

Research by the University of Helsinki found that L. rhamnosus (GG) helps to reduce exercise-induced GI and URTI symptoms in marathon runners. It also helps in fighting allergies and improving blood sugar levels.

Lactobacillus Plantarum is mainly used to improve iron levels in the body. It has also been found to assist in building muscle and reduce body fat.

Research reported in Nutrients on a group of triathletes supplementing with L. Plantarum found that this probiotic led to reduced inflammation, reduced oxidative stress, and improved performance.

Lactobacillus helveticus supplementation is mainly recommended among elite athletes with respiratory infections due to weak mucosal and humoral immunity.

Research conducted by the University of Belgrade found that this probiotic improves sleep quality and duration, which is vital for muscle recovery in resistance training.

Lactobacillus helveticus has also been found to improve calcium levels in the blood, while also reducing blood pressure.

Bifidobacterium bifidum is naturally found in the large intestines. Bifidobacterium Bifidum has been found to reduce the duration of infectious symptoms among female swimmers by lowering inflammatory markers in the body.

As discovered at the University of Otago, elite rugby players taking this probiotic reported a reduced number of digestive problems.

Probiotics certainly help to improve training and competitive performance among athletes. However, more research is needed to understand microbiomes’ role in the immune system and the absorption of nutrients in the body.

If you plan on supplementing with probiotics, it’s a good idea to start supplementing about two weeks before a significant training or competition period.

Furthermore, athletes are advised to review the consumer information of probiotic supplements before using them. You should only use probiotics from reputable sources to reduce the risk of consuming contaminated or inferior products.