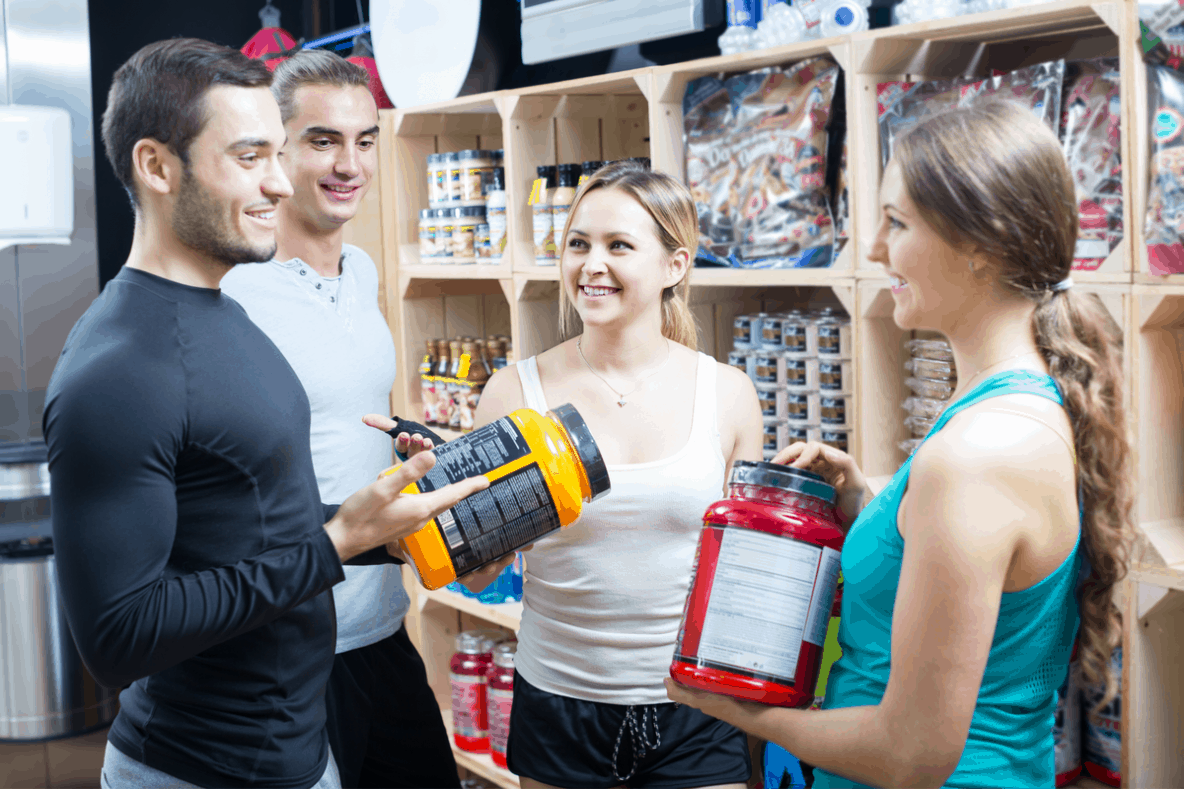 Creatine occurs naturally in muscle cells and is useful in the production of energy during high-intensity exercise. The past few years have seen Creatine gain a lot of traction in the muscle building industry, but what is the best type of creatine to buy?

Several studies show that creatine helps to increase muscle mass and improve exercise performances. However, not all creatine products you come across yield the same benefits.

The high demand for creatine has attracted a lot of manufacturers into the market. Unfortunately, not all manufacturers deliver on what they claim, which makes it difficult for creatine users to find the best creatine product. Here are the various creatine supplements worth knowing about…

Perhaps seen as the most original of creatine supplements, Creatine Monohydrate is one of the most widely used forms of creatine. Creatine monohydrate’s efficacy has been extensively researched. Moreover, its popularity stems from massive scientific backing.

Although there has been an increase in new creatine supplements, that hasn’t stopped creatine monohydrate from topping the total annual creatine sales (which stands at 400 million in the US alone).

Research out of Texas A&M University has shown that creatine monohydrate has all the beneficial properties of creatine. These benefits include, but are not limited to, an increase in muscle size, power and strength.

Even though rival creatine manufacturers claim that their products deliver more useful creatine into the muscles, creatine monohydrate’s 99.1% deliverability makes it hard to beat.

As the name suggests, Micronized Creatine is no different to creatine monohydrate except that it has been broken down into finer particles to reduce its surface area per molecule. This makes micronized creatine easier to absorb into the bloodstream. These minutely divided molecules also reduce the bloating effect associated with creatine monohydrate.

Bloating is one of the most talked about side effects of creatine monohydrate and perhaps the only probable drawback that other creatine supplements can claim to improve on. The micronized version of creatine may help to reduce bloating because its size allows it to go through a series of biological processes that reduce bloating in the stomach.

In order for creatine to work effectively, a creatine molecule has to bond with a phosphate which is why it’s believed that taking creatine phosphate supplements yield greater results compared to a pure creatine monohydrate.

However, this might not entirely be true because the phosphate form of creatine only offers 62.3% creatine in each molecule, whereas the monohydrate form yields 88%. Moreover, creatine phosphate hasn’t been proven to be more effective than creatine monohydrate even though you will pay more for it.

When ordinary creatine molecules are chemically bonded with other molecules to increase their rate of absorption, the resulting compound is called creatine citrate.

Due to its high absorption rate, creatine ethyl ester is seen as the most innovative creatine supplement out there. If you are looking for something to compete with creatine monohydrate in terms of solubility, then you’ve got the right candidate in creatine ethyl ester. Its solubility is said to be 10x that of normal creatine.

Generally, a creatine molecule has both negative and positive charges. However, the ester counteracts the charges, hence increasing its solubility and absorption.

Furthermore, the less water requirement comes from the argument that since you are taking a small dosage of creatine, you don’t need as much water. Manufacturers claim that creatine hydrochloride will help you get rid of the gastrointestinal and bloating problems that are sometimes associated with creatine monohydrate.

It is worth noting these claims could be pure marketing strategies since no scientific research exists to support these claims. But if you experience bloating with the monohydrate form of creatine, then it might be worth trying creatine hydrochloride.

A study published in the Journal of the International Society of Sports Nutrition tried to establish the relationship, if any, between creatine nitrate and an increase in an athlete’s performance.

As you might have realized, the main selling point of all these other creatine supplements is a higher absorption rates. And in an effort to offer the same benefit, kre-alkalyn manufacturers came up with a product with unmatched absorption rates.

The manufacturers were able to achieve this by processing creatine at extreme pH levels. Unlike regular creatine that is broken down into creatinine before any active compound is absorbed, kre-alkalyn is where the creatine-to-creatinine conversion is “overrun,” which enhances the absorption rate.

Kre-Alkalyn contains an alkaline powder such as bicarbonate. The slightly alkaline compound created from this ‘buffering’ process produces a compound that reduces the breakdown of creatine into creatinine in the stomach. This leaves a higher amount of creatine available for the muscles.

Creatine serum was a controversial product long before it landed in supplement stores. One of the reasons for this controversy is that science seems to disagree with creatine serum’s mechanism of action.

There have been mixed reports on whether creatine serum offers better results or any results at all. Creatine serum is made by dissolving creatine molecules in water. Creatine serum can, therefore, be absorbed by the body by placing the serum under the tongue.

Creatine serum has no loading phase, but since creatine is known to be unstable in liquid form, creatine serum can’t claim to be effective when the creatine eventually breaks down to creatinine over time.

To use effervescent creatine, you will need to combine it with sugar or salt and with a chemical capable of giving it effervescence. This mixture tends to exhibit greater absorption rates as well as taste.

Bodybuilders are not so fond of this form of creatine because it contains sugar and salt, two things they try to minimize in their diets. Besides, effervescent creatine is quite unpopular as it is quite expensive to purchase.

New and sophisticated forms of creatine supplements have flooded the shelves, but they all seem to be far from what they claim to offer. Only a few decent types of creatine actually eliminate the bloating problem sometimes associated with creatine monohydrate.

Nevertheless, creatine monohydrates has proven time and again that “old is gold” as it continues to be a favorite among athletes, bodybuilders and the general public.