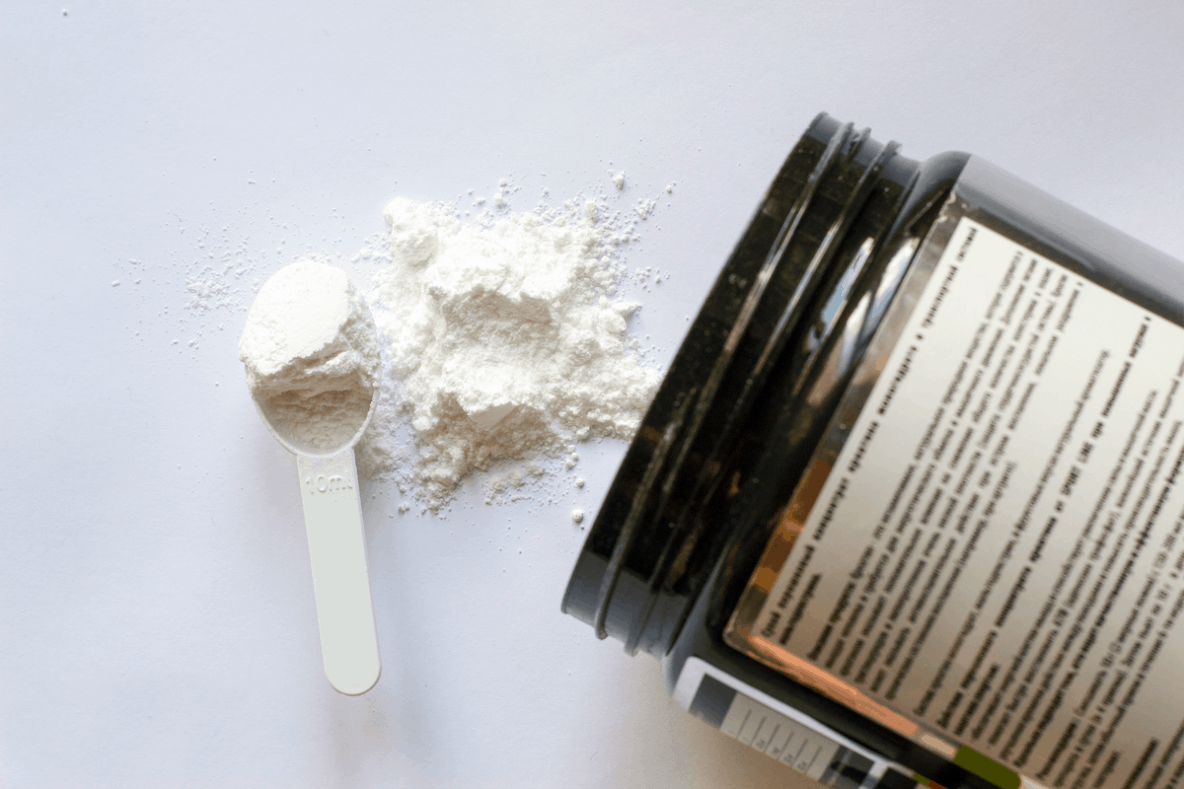 Athletes need more creatine than the average person to maintain their energy levels, while non-athletes with small frames require less creatine. Your creatine needs also go down over time as your muscles build up their creatine stores.

There are two ways you can approach a creatine supplementation program. The first is to multiply your weight in kilograms by 0.3 and take that amount of creatine per day for a week (broken up into four doses).

Your body can only absorb so much creatine at once. Once your muscles reach the point where they can no longer absorb any more creatine, your body will expel excess creatine as waste.

If you take too much creatine, you will put unnecessary stress on your organs. A notable exception is people whose bodies cannot synthesize creatine from food. These people might need to take anywhere from 10–30 grams of creatine per day to maintain their health and creatine stores.

There is a common misconception that when you take creatine, you need to drink more water because creatine will dehydrate you. However, research by The University of Connecticut found that creatine isn’t a dehydrating supplement. In fact, taking creatine can improve your body’s ability to retain fluids.

Given creatine’s effectiveness and scientific validity, the question hundreds of people are now asking isn’t should I take creatine? It’s when is the best time to take creatine?

In general, there are three times when people should consider taking creatine: before working out, after working out, and at any time.

1) Creatine Before Working Out

Some people prefer to take creatine before they exercise. Research suggests that loading the cells of your muscles with creatine before your workout will provide you with the full benefits of creatine, leading to enhanced performance, power, and muscle growth.

2) Creatine After Working Out

After you finish exercising, your muscles need time to repair and recover; this is even more important after intense exercise. In many cases, taking a creatine supplement once you finish working out is a great way to support your muscles and aid muscle recovery.

When taking creatine supplements in combination with protein and carbohydrates, muscle cells that are tired and starved are better able to absorb nutrients. Many people take creatine after working out to prepare for the next day’s round of exercise and recover from the workout they just completed.

3) Creatine At Any Time

One 10-week study, conducted by Victoria University, provided a dietary supplement (made up of protein, carbs, and creatine) to weightlifters undergoing resistance training.

Based on this research, if you want to get the most benefits out of creatine, you should take creatine close to the time you exercise, rather than first thing in the morning or before you go to bed.

Another study by Nova Southeastern University took this research a step further and tried to determine whether taking creatine before exercise or after exercise was more beneficial.

The 4-week study examined adult men who weight trained five times a week and consumed 5 grams of creatine either before or after their weight training session.

However, creatine appears to be most beneficial when consumed right before or right after exercise, rather than taking creatine long before or long after a workout.

It’s good to take a dose of creatine every day, whether you workout or not. The purpose of this is to maintain adequate amounts of creatine, so when you workout, you’ll continue to experience the benefits of creatine without depleting your creatine stores.

On rest days, timing is less critical. However, it’s still a good idea to consume creatine, and studies show that it’s best to take creatine alongside a meal.

Many researchers are curious to know how to maximize creatine’s benefits. Researchers have conducted experiments by combining creatine with various foods and supplements to see whether creatine’s effectiveness can be enhanced.

These foods include various plant-based compounds such as cinnamon, amino acids, carbohydrates, and protein. The theory is that different ingredients elicit different effects.

Several studies indicate that consuming creatine alongside carbs can increase the muscles’ ability to absorb creatine. However, research by the European Journal of Sport Science discovered that adding carbs to creatine has no significant impact or benefit on exercise performance.

In contrast, another study published in the Journal of Sports Science notes that amino acids and protein can increase the body’s ability to absorb and retain creatine. Ideally, a meal that contains a mix of protein and carbs alongside creatine is most beneficial, although these results are far from 100% conclusive.